who will pick the Bramley’s now?

the greatest gifts don’t have price tags attached to them, yet have immeasurable value. they’re often unexpected. and arrive when you need them most. so was the gift of my dear friend, Alex Down. 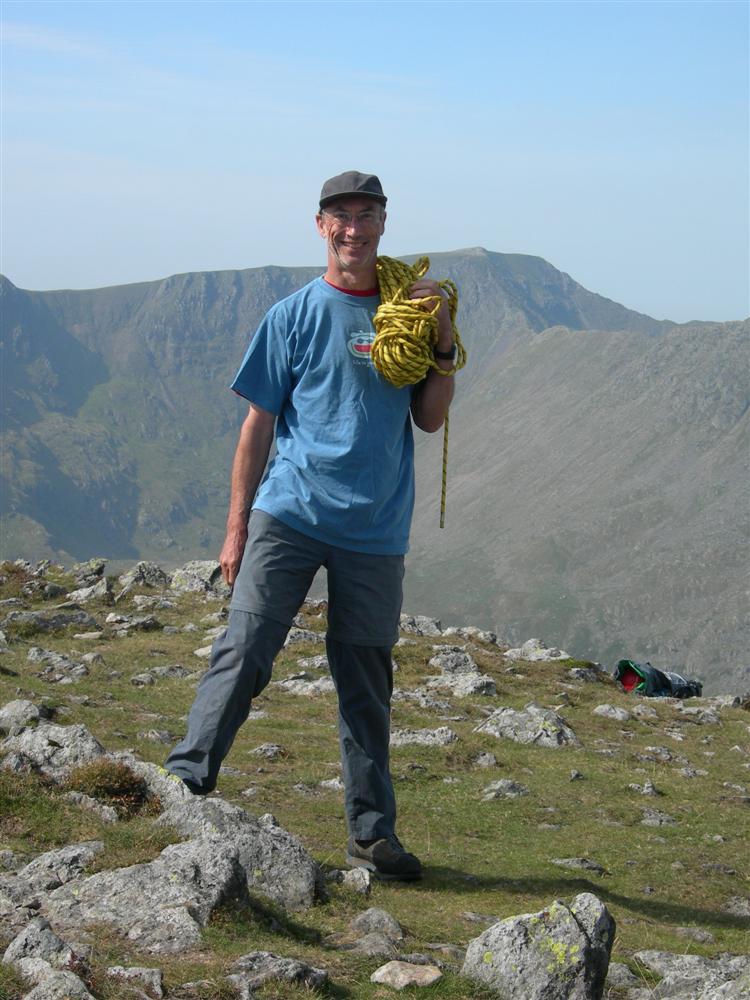 Alex during a climb, wearing his "Life is Good" t-shirt i sent him when he retired from IBM.

i’ve mentioned Alex in my blog before. we met as colleagues during our tenure at IBM and, finding many paths of commonality, became devoted friends. never having had an older brother—and quite content to have skipped that experience—i was actually elated (and ever-grateful) when Alex boldly and graciously stepped into my life as virtual protector, steadfast e-penpal and confidant. to illustrate, when i was laid off last year, instead of relating my casualty to the state of the economy, he wished a pox on my former employer. all to say, whatever unfolded in my life, Alex lent his constant and faithful support.

through his stories and photographs, i vicariously traveled on Alex’s adventures. and while my travels were on an infinitely smaller scale, i took him with me through those same venues. both technology enthusiasts, we discussed which new laptops and digital SLRs tickled our fancies. thought that tweeting wasn’t particularly for introverts. and wrote to each other giddily when we nearly simultaneously acquired iPhones and iPads. (yeah, we’re geeks.) as storytellers and would-be poets, we critically, respectfully and lovingly shared our work. as food lovers, we talked about his Bramley trees and beekeeping and baking.

we relished sunny days, both living where rain and dreariness often prevail. while on different continents, we found pleasure in star gazing, and he in more complex, stellar events beyond my comprehension. because he was as brilliant as the brightest star (and he would actually know which star that was).

Alex on a dig

warmhearted and witty, you were one of my greatest gifts. and my heart could not have a bigger black hole in it. love you always.

Alex: ever on the trail of an adventure